Home/Reviews, Uncategorised/Ghost Cities of China: The Story of Cities without People in the World’s Most Populated Country • Wade Shepard
Previous Next

In 2009 the “Ghost City” of Ordos was discovered by the global media. Here, in a lonely desert expanse, a massive new city, said to be built for a million people, lay eerily quiet and empty. There were brand-new apartment blocks, whole suburbs of upmarket homes, and a massive public square surrounded by showcase public buildings, such as a yurt-shaped opera house and a futuristic museum. Yet there were no businesses, no vehicles on the wide roads, no people.

The desert setting of Inner Mongolia was evocative of a biblical civilization doomed by megalomania, the oversized Genghis Khan-themed statuary of horses and warriors seemed like a hallucinatory mirage of a Silk Road settlement arisen from the sands.

Ordos quickly became a poster boy for China’s expanding property bubble. From all across China came reports of empty buildings, empty malls and ghost towns, all the while this seeming glut failing to stem rising real estate prices as speculation drove prices to ever-more-ridiculous levels. An eminent catastrophic collapse was predicted but never came.

Several years before the media’s discovery of China’s “ghost cities,” American Wade Shepard, then studying Chinese at a university in Zhejiang Province, stepped out of a nearby city bus station only to find himself in a deserted settlement. This eerie encounter was repeated later that year when he stumbled upon the ghost city of Erenhot (Erlian) in Inner Mongolia. Shepard was hooked and began visiting and writing about these empty urban areas. 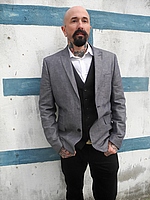 Shepard seems to have been born under a wandering star; he has spent his adult life traveling – to about sixty countries so far – and writing about his adventures on his website vagabondjourney.com. He first arrived in China in 2005 and has been based there ever since. Shepard grew up in the Rust Belt territory of western New York State, which he thinks explains part of his affinity for these empty cityscapes. In discovering China’s ghost cities he says he also felt an excitement akin to the exploration of days past:

There is a thrill to travelling to China’s new cities. As in an abandoned Rust Belt factory, you don’t know what you’re going to find in them. You never know what is going to be around the next corner, down the dusty halls of the next deserted shopping mall, or up the next half-built skyscraper. Many of these places are not even on the map yet; the most recent satellite imagery is already outdated, still showing them to be villages or empty construction lots. When you go to one of China’s big new urban developments you know that there is a chance that you may be in one of the world’s next landmark cities, staring upon what will soon become a hub of commerce and trade, though you also know that you may be in the pre-emptive ruins of the next white elephant. Either prospect is exhilarating, and to see these places now is to take away a mnemonic snapshot from the summit of a social, political and economic upheaval like the world has never known before.

Shepard’s website articles caught the eye of Paul French, British author of, among numerous other China books, the true-crime bestseller Midnight in Peking. French is also the editor of the Asian Arguments series put out by the U.K. publisher Zed Books. He pitched a book proposal to Shepard, who readily accepted and set off on a year of further travels around China. 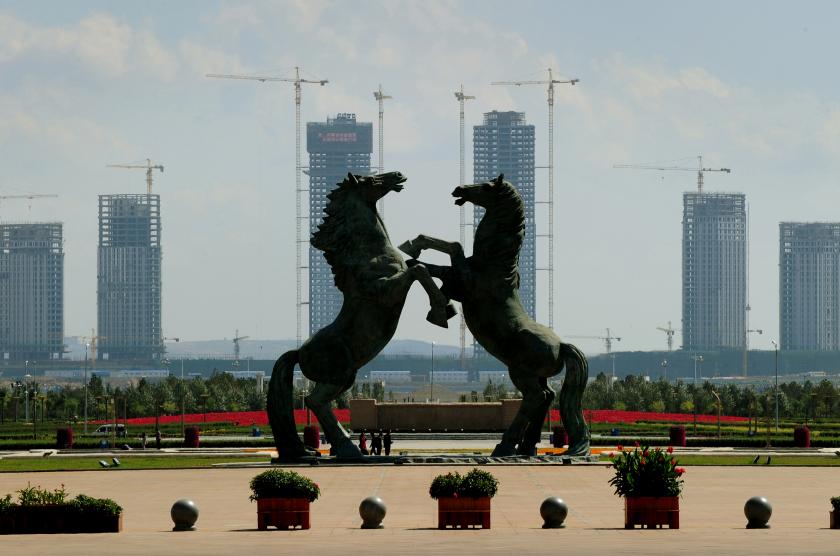 The result of Shepard’s research and exploration is an excellent book explaining the truth of the construction boom. China’s property market is large, complex, and opaque, and there is a lack of statistics. Shepard goes through all the fundamentals of how things work, and how the real estate market is different from the West’s. He explains how the “China bears” predicting collapse underestimate both the scale of urbanization and the levers the authorities have to control the market.

Shepard describes how house ownership has become a social expectation:

There is a lot of pressure on young couples to own a home prior to getting married. Also a young man who does not own an apartment generally fares less well in finding an appropriate mate in a country with 30 million more males than females. “No house, no wife”, a young man desperately searching for a home in Shanghai once told me. In a society where parents are generally supported by their children in old age, finding adequate marriage partners for their children is akin to a social security plan. This puts enormous pressure on families to gather the resources to enable their children to enter into profitable marriages and settled in homes of their own.

All land in China is owned by the state, divided into two main types: rural and urban. Rural land is leased for thirty years, while urban residential land is leased for seventy-year periods, (commercial for fifty and industrial for thirty). Local governments have the power to reclassify rural land as urban land; that is, they can rezone farmland for housing developments or industrial zones. The price difference between these zones means huge profits, an irresistible temptation for greedy farm collective leaders and local officials. It’s little surprise the greatest source of unrest in China is farmers being forced off their land without consultation and for paltry compensation. Apart from the greed motive, cash-strapped local governments rely on land sales for income to finance basic services.

While Shepard agrees that, “the excessive drive for local governments to generate revenue from land sales and new infrastructure projects has led to the construction of urban areas that extend beyond the bounds of immediate demand,” the keyword there is “immediate,” and he is bullish on the property market. He thinks the bubble is a minor one and not nearly as bad as it seems to observers. “China’s ghost cities are a temporary phenomenon. It is just a phase that new cities move through between construction and vitalization.”

New apartment complexes in China are essentially construction sites for years after they appear to be built. The casual observer cannot just look at a new apartment complex from the outside, declare it vacant, and present that analysis as an indicator of China’s blundering property market. There is a lot more going on inside those vacant apartments than their exteriors tell.

Shepard goes into all the reasons explaining why this is so: owners waiting for infrastructure in the area before moving in; the absence of a property tax, which makes sitting on an empty property easier than in other countries; and the reluctance to rent out properties.

Although the cost of housing is incredibly high, rental yield is strikingly low at 1–1.5 per cent. Thus the amount of money a landlord can make renting out an apartment for a year is hardly even a hundredth of the property’s initial cost.

According to Shepard, China’s urbanization race has reached its climax, and “the next fifteen years will be about filling in the blanks; much of the building has been done, it’s now time to do something with it.”

He goes on to say that:

We will ride on trains and buses through the outskirts of China’s cities never knowing that they were once empty new developments seemingly on the brink of collapse. There will be nothing in the landscape to tell us that just fifteen years before it was all small farms and villages. We will squint through the smog towards the endless horizon of high-rises, skyscrapers and smokestacks and simply assume that it has always been like that.

Ghost Cities of China is a street-smart, balanced, highly readable, personal, and informative account. It’s driven by inherent interest over a long span of time – not by journalistic opportunism – and provides both breadth and depth.

Ghost Cities is the kind of China book we need more of. Currently, titles generally fall into three main categories: dry academic works, general big China books, and the personal – often self-published – memoir works. The academic titles are usually boring, written as a dissertation spin-off with more thought given to the resume than the reader (not to mention being overpriced because the publisher wants to gouge the captive market of university libraries). The general China books are limited by their wide-angle focus. And the memoirs lack informative content.

There is, however, an encouraging trend toward more focused works looking at China through the prism of a particular industry, location, or aspect. Recent examples include Adam Minter’s Junkyard Planet: Travels in the Billion-Dollar Trash Trade, Dan Washburn’s The Forbidden Game: Golf and the Chinese Dream, and Eric Fish’s China’s Millennials: The Want Generation.

Ghost Cities of China: The Story of Cities without People in the World’s Most Populated Country is available from Zed Books and Amazon.