My favourite book of the year, The Unquiet Daughter is a beautifully written, big-hearted memoir of a daughter’s search for her biological father.

Danielle Flood was born in Saigon in 1951 but grew up in the United States, where her parents divorced when she was eight. Four years later her mother casually told Danielle that the man she thought was her father, James (“Jim”) Flood, was not her real dad. As for who Danielle’s real father was, her mother refused then and later to say, offering no more than a few occasional crumbs, some of which were lies.

With a mother like that, it’s no surprise that Danielle suffered a lonely, neglected childhood and adolescence. It was an unsettled existence, constantly on the move and the bizarre contrast of attending strict Catholic schools with trailing after her mother on the burlesque circuit. Suffering is of course good raw material and here it makes for engrossing though sad reading. Thankfully, the misfortune is lightened by Danielle’s eventual successes; her career as a journalist, a happy marriage and children, and the solving of the mystery that had so long haunted her.

I lived for decades in mystery. What she did and did not do and what she did and did not tell me – about who she was, who I am, our past – made me a writer. Even as a small child, I could sense that something was missing; what was evident didn’t quite fit together. This formed me. Made me spend my life learning to find the words and arrange them, to be ready, poised for the answers. Made me curious, driven, to find out what I needed to know.

What elevates The Unquiet Daughter above being just a good memoir is the quality of the writing and the extra dimension provided by the author’s discovery that her parents were most likely the inspiration for the characters in Graham Greene’s acclaimed The Quiet American. The 1955 novel examines French and American colonialism in Vietnam through three main characters: Fowler, a cynical British journalist; Pyle, the young, naïve, idealistic “quiet American” of the title, who is an undercover CIA agent; and Phuong, a beautiful young Vietnamese woman involved with both men.

Danielle’s eccentric French-Vietnamese mother, Suzanne (Suzy) Jullien, was beautiful, too – “beautiful to the point of inconvenience” – and “dangerous, especially when she was bored, and she was easily bored.” Jim Flood was tall and “Clark Gable handsome.” He’d gone to war when he was eighteen, serving in the army in the Philippines. Afterward he worked in Indonesia and Singapore as a reporter, and in 1951 began working for the State Department in Saigon. Danielle’s biological father, whom she tracks down and meets half a century later, was a British intelligence officer in Saigon at that time. 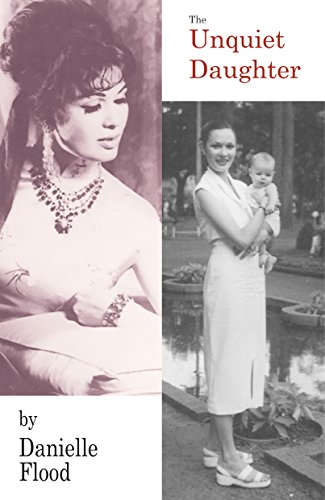 As if the detective work into the origins of The Quiet American were not enough, Danielle Flood’s memoir solves another literary mystery, one related to an undeservedly obscure Cold War novel of Taiwan, The Jing Affair. Published in 1965 under the penname D. J. Spencer, the author was in fact Jim Flood, Danielle’s stepfather.

The politically explosive novel describes an attempted sell-out of Taiwan to Beijing by a Nationalist (KMT) leader called Jing. It’s a scathing treatment of KMT rule. The unnamed “President” – obviously Chiang Kai-shek – is a vain, senile buffoon. The main villain of the story, Jing, is a barely disguised Chiang Ching-kuo (Jiang Jingguo), Chiang Kai-shek’s son and heir apparent. Rather than pure fantasy, the plot is grounded in actual fears at the time that Chiang Ching-kuo, who had spent years in the Soviet Union, would betray Taiwan and orchestrate reunification under the cover of a phony invasion of China.

The Jing Affair is a page-turning thriller which ought to be better known here on the island, and it’s not as if it’s being crowded out by competing titles. Though one of the great Cold War hotspots, Taiwan inspired surprisingly little English-language fiction during the period. There’s Vern Sneider’s excellent A Pail of Oysters (1953) and then thirty long years until we get the disposable action story Taiwan by Christopher Wood, scriptwriter of two James Bond films and the author of Confessions of a Window Cleaner.

Whereas Sneider and Wood only visited Taiwan, Flood worked on the island and had a deep knowledge of Asia. He served in the U.S. Department of State from 1951 to 1974 with postings in Vietnam, Japan, Thailand, Washington D.C., Taiwan (1958), Hong Kong, South Korea, Laos, and India. After his last posting as U.S. consul in Madras, he retired to southern Portugal.

The Unquiet Daughter is published by Piscataqua Press, a small independent publisher run out of a bookstore in Portsmouth, New Hampshire (on the banks of the Piscataqua river). The book is also available from Amazon.com and other retailers.

To learn more Danielle Flood and The Unquiet Daughter, visit her website.