Late at night and deep into research – i.e. drinking heavily while trawling the Internet – I was becoming increasingly convinced that my idea for a book was a brilliant one. Yes, I would retrace Peter Fleming’s journey from Peking to Kashmir described in his 1936 travel classic News From Tartary.

And then I stumbled upon a crackling audio recording of English author Paul French. He was entertaining an appreciative bookstore crowd with anecdotes from Through the Looking Glass, his account of Western journalists in China. To the point, he was talking about Peter Fleming and News From Tartary. “The bastard’s stolen my idea,” I fumed. And to make matters worse, French even seemed to be rubbing it in by relating Fleming’s travel eccentricities in a comedic fashion.

Paul French hadn’t “stolen” my idea and I needn’t have worried; as good as the Peter Fleming story was it does not comprise even a short chapter of Through the Looking Glass. Fleming’s epic trip is covered in a couple of pages, a testament to the embarrassment of riches jostling for space in the book. From China’s reluctant opening to the West in the mid-nineteenth century to the founding of the PRC in 1949, the country experienced tumultuous change. Decade after decade it was front-page news and foreign journalists were there to report on it:

They witnessed the Opium Wars; stood on the sidelines as the Taiping Rebellion rose and fell; saw the Summer Palace burn; endured the Siege of the Legations and the onslaught of the Boxers; witnessed the collapse of the Qing dynasty, the birth of a Nationalist China; its struggle for survival against rampant warlordism; the Japanese encroachment; the rise of the Communists; total war and then revolution. When the Treaty of Tientsin was signed in 1858, opening China forcibly to foreign trade, the foreign press corps was there; when the Allied Relief Force occupied Beijing at the end of the Siege of the Legations in 1900 they were present too; and they saw the Republic born in 1911 and a young, increasingly politically strident China assert itself on May Fourth 1919. The old China press corps stood in the street witnessing the blood-letting of the First Shanghai War in 1932 as the Nationalists slaughtered the Communists and they were blown off their feet by the convulsions of the Second Shanghai War on Black Saturday in 1937. They tracked Japan’s incursions into China from the invasion and annexation of Manchuria in 1931, the bombing of Shanghai and the Rape of Nanjing through to the assault on the Nationalist wartime capital of Chongqing as they sheltered in the same bomb shelters as everybody else until the conflict ended. They took tea with the Generalissimo and Madame Chiang and visited Mao and his comrades in the caves of Yenan. They witnessed the civil war, the flight of Chiang Kai-shek to Taiwan and the early days of the People’s Republic. The members of the old China press corps were the witnesses and the primary interpreters of the history of modern China to millions around the world.

Through the Looking Glass is tremendous reading, combining density of information with enjoyable narrative. A good example of the former is the inclusion of three writers from my native New Zealand. In addition to the well-known Rewi Alley, French also mentions two relatively obscure names from the 1930s: James Bertram and Robin Hyde. Bertram was the first Western journalist to report on the Xi’an Incident, and Hyde was arguably the first Western female journalist to travel to the frontlines of the Sino-Japanese War. Like Rewi Alley, both were committed leftists. Indeed, many of the foreign press corps were sympathetic to the Communists. Some arrived in China with socialist tendencies of various degrees while others moved left in their views during their time there. French explores the question of why so many foreign correspondents became enthralled with Mao and the Chinese Communist Party.

Foreign journalists based at the Nationalist (KMT) wartime capital of Chongqing (Chungking) were often appalled by the corruption, brutality, and misery they witnessed. There was also frustration with the long years of seeming Nationalist passivity following the fall of Hankou in 1938. Baulking at their hosts’ attempts to control their reporting, many journalists sought out an uncensored picture of China. The favorite destination was the red capital of Yan’an (Yenan) a thousand kilometers to the north.

The truth was that since the publication of Snow’s Red Star Over China a certain aura had hung over Yenan. Trips to the Communist zone were becoming the fashionable thing to do, not only for the growing number of socialist-leaning journalists but for others too.

While Mao was impressing guests in Yan’an with his rustic simplicity, the cosmopolitan Zhou En-lai was working his magic as the top CCP representative in Chongqing. Western reporters gave a generally sympathetic account of the Communists, the repercussions of which would be felt in the years immediately after the Japanese surrender.

As the Second World War ended and civil war resumed, the uneasy truce between Chiang and Mao collapsed. Henry Lieberman, in China reporting for the New York Times, arrived in 1945 and stayed till 1949. He continued the general preoccupation with the advanced nature of the Communists and the degeneration of the Nationalists and fell, like many before him, completely under Zhou En-lai’s spell. He later concluded that he had been duped, and he was far from being the only one. It had happened to the veteran Carl Crow on his 1939 trip and to Teddy White, Gellhorn and Hemingway among many, many others.

Through the Looking Glass is full of memorable characters. As French says of the journalists who came to China: “A fair few were drunks, philanderers and frauds and more than one was a spy; they changed sides, they lost their impartiality, they displayed bias and a few were downright scoundrels and liars of the first order.” And yet the author’s voice comes through loud and strong. French is a large personality himself, a man of forceful opinions. Over the years he has irked more than a few China Hands, consistently reminding them that the idea of modern China being an unprecedentedly big story is nonsense. China was more important in the past – its share of world population and economic output larger than it is now, there was more happening, and there were many more journalists covering it than there are today. A typical modern-day news story is along the lines of a Chinese manufacturer acquiring a Western company to strengthen its market position for some consumer product; all in all, rather small potatoes in comparison to an episode such as the Taiping Rebellion, in which about twenty million perished.

Paul French is also notable among China watchers for his interest in and outspoken support of Taiwan. This prosperous, tolerant democracy of twenty-three million is the very embodiment of the liberal values that China expat commentators espouse so valiantly on social media. And yet they largely ignore Taiwan, I suspect in part because its existence as an obvious alternative to the authoritarian dictatorship – and their choosing to live in the latter – exposes the hollowness and hypocrisy of their beliefs. 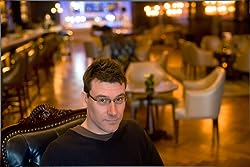 Through the Looking Glass: China’s Foreign Journalists from Opium Wars to Mao is published by Hong Kong University Press. It’s available from HKU Press and Amazon, where you can also have a look at his many other titles, including the best-seller Midnight in Peking: How the Murder of a Young Englishwoman Haunted the Last Days of Old China.