Old Taiwan Hand Richard Saunders has done more to get his fellow expats exploring the island than any other person or organization. He is the founder of the group Taipei Hikers, and regularly leads day and weekend hikes around Taipei, and longer treks to Taiwan’s 3,000-meter-plus mountains. He has written hundreds of travel articles and numerous guidebooks, including Taipei Escapes Vol 1 and Vol 2, Yangmingshan – The Guide, The Islands of Taiwan, and, fresh off the presses, a two-volume guide to the country, Taiwan 101.

Richard hails from London, but has lived in Taiwan since 1993. A musician (classical pianist) by profession, he teaches piano in Taipei, and performs both solo piano and chamber music recitals in Taipei and other cities around Taiwan.

Please tell us about your new book, Taiwan 101: Essential Sights, Hikes and Experiences on Isla Formosa.

The easiest way to describe it would probably be to quote the back cover blurb: “Taiwan is a perfect illustration of the saying that good things come in small packages. In comparison with more popular tourist destinations in the Far East, Taiwan is very modest in size, but despite its diminutive scale, the island has an astonishing amount to offer the curious explorer.

The two volumes that make up Taiwan 101 are the perfect guide for exploring the very best of Taiwan: not only the island’s finest hikes, but also its best historic towns and cities, brightest traditional festivals, unique Chinese and aboriginal cultural riches, and its little-known natural wonders such as eternal flames, mud volcanoes and badlands.” 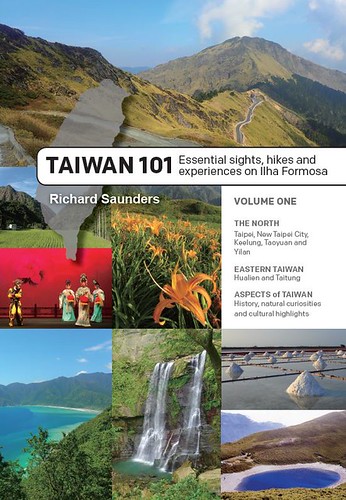 I’ve long been amazed not only at the astounding beauty of Taiwan and at the sheer number and variety of things to see and do here, but also at the fact that most of it is so little known. The final nudge to write the book came while editing tourist literature for Taipei and Taiwan tourism associations, during which I never ceased to be surprised (and not a little frustrated) at the constant plugging of the same tired old attractions.

What was the hardest part of writing Taiwan 101?

During the early stages of writing, a tricky decision was choosing a representative 101 places and things. Early drafts included a few places, such as Four Beasts Mountain in Taipei and the island’s night markets, that I felt ought to go in, but soon threw out as other places usurped their positions. In the early stages there was also a bit too much emphasis on the island’s natural beauty at the expense of its fine cultural and even historical aspects, which I had to adjust as the book took shape to reflect more contrasting aspects of this amazing place.

With the content decided upon, the biggest headache became trying to check the facts about events, places and things I write about in the two books. Sources sometimes contradict each other, and sometimes I misunderstood what was written, and I had to go back and carefully check that all the historical information was correct, as far as possible. Taiwan’s history is a surprisingly complicated and colorful one! 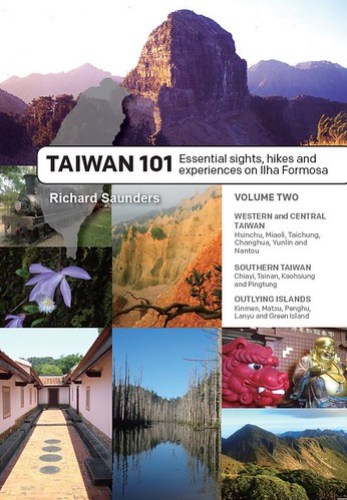 Why did you choose Taiwan 101 as the title?

The title Taiwan 101 is an obvious dig at Taipei 101, which certain quarters seem to think is one of Taiwan’s greatest tourist attractions, even though it hasn’t been the world’s tallest building for quite a few years now. It’s also a reference to the 101 chapters in the main part of the book, and to the main aim of the book, which is an introduction to Taiwan’s many natural, scenic, cultural and historic aspects.

Of Taiwan’s many offshore islands, which are your favorites?

All Taiwan’s offshore islands are wonderful, as they’re so different from the main island. My favorite, however, would have to be a tie between Lanyu and the Matsu archipelago. Lanyu is utterly unlike anywhere else in the ROC. It’s like a rugged, lush little tropical South Pacific island towed north and dropped there, off the Taiwan coast. The scenery is magnificent and still largely unspoilt, and, above all, the Tao aborigines have preserved their culture far better than most tribes on the main island of Taiwan.

Matsu is completely different. It has southern Fujian architecture, that (like Kinmen) gives it a feel very different from anywhere on Taiwan, but all seven accessible islands are also extremely scenic, with steep wooded hills, rugged cliffs and stunning views over islet-studded blue waters. A trip to Matsu is one of the finest summer trips you can make in Taiwan – it’s incredibly hot, but there’s always a breeze, some fine beaches, the sky and sea are blue, and it’s Taiwan’s only real island-hopping destination. It would be easy to spend a week jumping from island to island, exploring each by scooter.

Are there any islands that you wanted to get to but didn’t?

Of course! Penghu has anywhere between 64 and nearly a hundred islands (depending on your definition of the word) and many of those can only be reached by privately chartered fishing boat, which is a very expensive proposition for a solo explorer (despite the relatively short distances between them). Top of my list is Mudou Island, the northernmost island in the Penghu archipelago, which has an amazing sea-worn tunnel running underneath it. Then there’s the newly minted South Penghu Marine National Park, which features some of Penghu’s finest basalt column formations. Beautiful, untouched Huayu (Flower Island) was another piece of unfinished business when The Islands of Taiwan book went to press. I was due to visit it during my last trip to Penghu, but because of an impending typhoon, I was advised not to go. I did, however finally get to visit it in 2014, and it’s one of the gems of the archipelago – untouched by tourism, partly because the boats there are infrequent, and you have to stay at least three days. It’s described in Taiwan 101.

How did you get into writing walking guides?

Pure frustration. For the first couple of years after I arrived in Taiwan, I used to go to the pub (the old Roxy in Hoping Road) on Saturday nights, and got annoyed at friends constantly complaining that there was nothing to do in the Taipei area. I had an old scooter and was already discovering the trails around the capital, and started writing my first book, Taipei Day Trips, on a typewriter in my apartment at Muzha to prove them wrong.

Yes, although perhaps I should say that exploring is what’s always most appealed to me. When I was a young child, our family was poor, and the annual holiday was usually spent at a holiday camp on the Kent coast, not far from home. We did, however, have lots of guides to England and the rest of the UK at home, and I spend countless evenings gazing at photos and drawings of amazing waterfalls, mountains, potholes, sea cliffs and whatnot up in northern England, Wales and Scotland. As a teenager I also explored almost all the public footpaths within a day’s walk of our Kent home, with the help of several Ordnance Survey maps, which fascinated me. When I finally learnt to drive and got my own car, I set off to explore the whole of England (and parts of Wales), seeing all those scenic wonders I’d read about as a child.

What do you like to read in your free time?

In younger years I was a vociferous reader of the classics, especially British literature from Defoe to Hardy and Joyce. Sadly, I’ve read very little recently. With tons of ideas and facts constantly circulating around my mind for Taiwan 101, and piano works I’ve been studying for an upcoming recital constantly streaming through my mind, I find it very hard to concentrate on anything very deep. About the only novel I’ve read this last year was Life of Pi, but also I’ve read A Short History of Nearly Everything three or four times in the last couple of years, and I’m presently re-reading Piano Man, a great biography of concert pianist John Ogden; an excellent book marred by a lousy, cheap title.

How do you feel about ebooks vs. print books?

I still read books only in traditional, paper form. I can understand the appeal of ebooks and the way that in them countless novels and other titles can be loaded into one small, lightweight device, but there’s something much more magical about reading a real, paper book. A great reward also come from building up a library of novels and other books, which storing a mass of titles in an electronic device will never be able to equal.

(John’s reply: Richard, somebody should lend you a Kindle. Try it and I’m sure you’ll become a zealous convert. It would be especially useful on your many trips such as your upcoming charity walk in England.)

Richard blogs about his hikes and explorations within Taiwan and elsewhere at: http://taiwandiscovery.wordpress.com/

The Islands of Taiwan is available as an ebook from Camphor Press, Amazon and other digital platforms.

Richard’s books are available at some Eslite and Caves bookstores and at the Community Services Center in Tianmu. You can also buy them directly from the author (for NT$700 per volume or NT$1200 for both volumes). Email him at: richard0428 at yahoo.com (note: that’s a “zero”after “richard” and not an “oh”)

Overseas buyers should write to Richard using the above email address.