Cheryl Robbins, originally from California, has lived in Taiwan since 1989, working as a freelance translator and writer. As well as numerous articles for a wide range of publications, Robbins has written several travel guides focusing on Taiwan’s indigenous peoples. She is also the founder of Tribe-Asia Company, which works to promote aboriginal arts and ethical tourism.

You first came to Taiwan in 1989 to study Mandarin. That’s an interesting class, with many students choosing Taiwan over China that year because of the unrest in China (protests in Beijing and many other cities followed by a brutal crackdown). Among the arrivals was T.C. Locke (aka T.C. Lin) who likewise is still here. What has kept you in Taiwan all these years?

Up until a few years ago, it wasn’t all that difficult to make a living here and there have been interests that I have enjoyed exploring, such as indigenous culture. I have been fortunate to have had some great jobs, such as museum guide (National Museum of Natural Science), reporter, tour guide, Chinese-to-English translator, etc. So, I have had a wide range of experiences, something that I may not have managed at home.

You co-authored The Real Taiwan and the Dutch with Menno Goedhart. What was your involvement?

I had interviewed Mr. Goedhart several times for the Taiwan News when I worked there as a senior supplements reporter. We realized we shared a common interest in Taiwan’s indigenous culture. Before his retirement, he wanted to publish a book about little known interactions between the Dutch and the people of Taiwan and share some of his favorite travel destinations and restaurants. But, as he wasn’t a writer, he asked me to co-author the book. The vision for the book was his, but I did have some input in terms of the content. We traveled together for two years, gathering information and stories. Then, we wrote the book together. 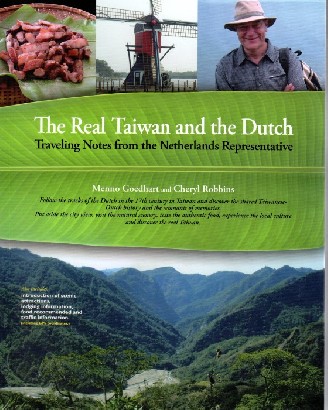 Just before starting to work on The Real Taiwan and the Dutch with Mr. Goedhart I received a call from the Shung Ye Museum of Formosan Aborigines. That museum attracts a number of international tourists. Such tourists often ask them for information about traveling to indigenous communities. The museum wanted to know if there was a Website or other place to direct such inquiries. That gave me the idea to write the guidebooks as there is a need for this information. 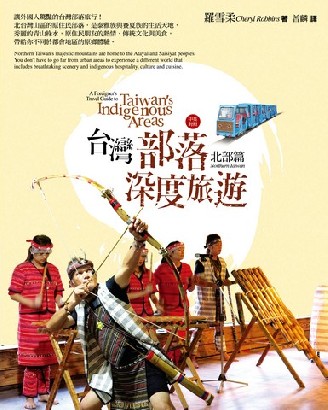 Can people get your books from Amazon and other online retailers? Any plans to have them available as ebooks?

The books can be purchased from a Taiwan Website (www.books.com.tw) or from my Website (www.tribe-asia.com). Currently, Mr. Goedhart and I are working on revising The Real Taiwan and the Dutch to turn into an e-book that we will self-publish on Amazon (English version only, expected completion end of 2018).

Among my three guidebooks, there was the highest demand for Hualien and Taitung. Therefore, next year I plan to start to expand this into two e-books, one for Hualien and one for Taitung (in English only). These will also be self-published on Amazon.

Some aboriginal villages are in rather out-of-the-way places in the mountains. Personally I wouldn’t advise foreign visitors unaccustomed to the conditions here getting to such places by rental car. What’s your take on this?

You run a travel service offering five different tours to Taiwan’s aboriginal areas, ranging from three to seven days. What are your most popular ones?

More accurately, I develop itineraries for international travellers into indigenous communities and work with travel agencies on logistics and payment. In addition, I do offer more than the itineraries seen on my Website. These are sample itineraries. Most of my itineraries are tailor made based on customer interests. But, in terms of the ones listed on my Website, the three-day tour to Hsinchu (Simakusi) is the most popular.

In the last couple of years, I’ve had a lot of requests for one to three-day tours in Hualien and/or Taitung. So, I’ve been spending more time there. 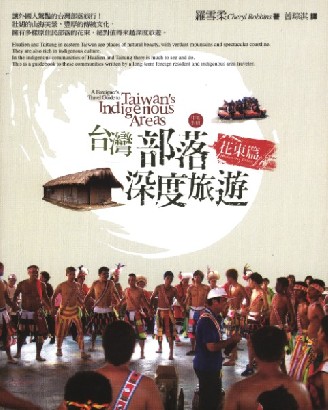 I recently read a dissertation on Paiwan art and it was a revelation; such a beautiful, varied, and culturally rich material culture. The Paiwan glass beads in particular caught my interest, and especially the story of how Umass Zingrur rediscovered the tradition of bead-making in the 1970s and then how others have carried the torch. Any advice for people looking to buy Paiwan jewelry?

It’s best to purchase from the source (i.e. artisan workshops). There has been an influx of Chinese made “indigenous handicrafts”, especially Paiwan glass beads. To make sure you are getting authentic Paiwan glass beads, it is best to purchase from Umass or one of his early students (Shatao or Dragonfly in Sandimen) or from Ata Beads in Taitung, or anywhere you can see people from the community actually producing these beads. Each bead has an associated name, meaning and legend. So, it is interesting to purchase these beads based on their stories, such as warrior bead, peacock bead (love and beauty), beads for protection, etc.

When buying souvenirs or presents from Taiwan, my go-to choice is to have personalized name chop made for the recipient. Do you have any suggestions for aboriginal arts and crafts which make good presents/souvenirs?

Actually, the Shatao glass bead workshop in Sandimen makes glass bead figure name chops (to which rubber can be added to the bottom and carved with your name). There are many types of indigenous handicrafts: glass beads, pottery beads, ceramic arts, woven textiles, leather engraving, wood carving, stone pendants. It really depends on the interests and budget of the buyer.

How has the growth of the tourism industry impacted aboriginal mountain areas? Has it brought in much money and employment?

This is a huge question. Any time that there is money to be made, exploitation becomes a real possibility. So, in some areas where tourism has picked up, communities may not be receiving much benefit. Another issue is that travel agencies in Taiwan are focused on big bus, cheap domestic tours. These don’t bring in a lot of money, but they bring in a lot of people (leading to cultural and environmental damage). Over the past two years or so, I have spent time teaching and lecturing in indigenous communities about markets that are higher in profit and lower in volume. Hopefully that message will spread and communities will seek to manage their tourism, rather than having it managed by outside travel agencies. If tourism can be carried out responsibly and sustainably, I believe that it can greatly benefit indigenous communities.

What are some English-language books on Taiwan which you would like to see published? I’d love to see a book on the wildlife of Taiwan, and, well, too many others to mention. Wait a minute, didn’t you major in zoology?

I suppose a good insect or reptile guide would be good. But, I don’t know if I am the most qualified person to do that. There are more and more books on the temples and temple arts of Taiwan, but some of the churches in Taiwan are also very interesting, especially some in the indigenous communities. I think the history of Christianity and Catholicism in Taiwan is fascinating. Perhaps one day I will work on something related to this.

I have been wanting to do academic research on indigenous tourism for some time and I have been accepted into the Master’s program in Ethnic Relations and Cultures at National Dong Hwa University for fall 2018. So, for the next couple of years at least, my writing focus will be more academic.

Through your Tribe-Asia website, you offer some books from the Shung Ye Museum of Formosan Aborigines. Can you tell us something about these titles?

I have a long and fairly close relationship with this museum, and work for them from time to time as a Chinese-to-English translator for special publications. When I started Tribe Asia, the museum had a collection of academic monographs in English (original language) that were the result of collaborations with overseas universities. But, they didn’t have a channel for marketing them outside of Taiwan. So, Tribe-Asia is that channel.

Can you recommend any other titles for those looking to learn more about Taiwan’s indigenous peoples?

There are many academic books about Taiwan’s indigenous peoples, including those from the Shung Ye Museum of Formosan Aborigines, with Austronesian Taiwan among the more accessible, and works by pioneering ethnologist Chen Chi-Lu, such as Material Culture of the Formosan Aborigines. There are fewer travel-related or fictional works in English.

Cheryl Robbins’ books are available on her Tribe Asia website.