Home/Reviews, Uncategorised/Ways That Are Dark: The Truth about China • Ralph Townsend
Previous Next

Plus ça change, plus c’est la même chose. (The more things change, the more they stay the same.)

This book on China and the Chinese will contain no apologies. It will present no strenuous effort, where uncomplimentary revelations are made, to drag in some supposedly extenuating or counterbalancing virtue possessed by the people whose actions and attitudes are under review in the pages to follow. We have had enough of all that. Too many otherwise worth-while books dealing with China have muddled their information and left their readers confused by fatuous attempts to sprinkle bright hopes over dark facts.

I considered myself well read on China. Opting to study Chinese literature as part of my degree, I have had the privilege of reading a fair number of stories, novels and poems concerning China written in both English and Chinese. As for non-fiction, I thought that I was familiar with most of the famous works: Jung Chang’s Wild Swans and Mao biography, anything by Jonathan Spence (we were examined on his books during university), Mr China by Tim Clissold for business anecdotes and, of course, Joseph Needham’s epic Science and Civilisation in China.

So it was to my great surprise that only in 2015 – a full sixteen years after I had first set foot in China – did I finally learn about Ralph Townsend’s Ways That Are Dark: The Truth about China. I simply had never heard of it. Even more surprising is that Ways That Are Dark is one of the highest selling books about China of all time, but has now fallen largely forgotten into the dustbin of history.

This astonishing book was published in 1933 at the height of American sympathy for China, sentiment which in no small part had been generated by Pearl S. Buck’s bestseller The Good Earth. Her sympathetic account of Chinese peasants struggling to survive in a nation torn apart by strife was a phenomenon, the number one bestseller the year it was published, 1931, and also the following year when it earned Buck the Pulitzer Prize. Metro-Goldwyn-Mayer made a film version in 1937. There were other books and films, too, echoing the message that China’s teeming millions were good people who deserved the goodwill of the West. 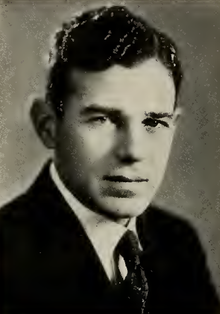 Ralph Townsend was an American career diplomat who was stationed in Shanghai and later Fuzhou as U.S. Vice-Consul during the early 1930s. His views on China were the complete opposite of Pearl S. Buck’s; his time in China had given him the impression that China and the Chinese were hopeless evil savages that could not get along with the rest of humanity and should be sectioned off from civilisation as soon as possible. The title of his book was taken from a famous poem by Bret Harte written in the late nineteenth century called The Heathen Chinee which was later used as a propaganda piece to promote the Chinese Exclusion Act in 1882. The poem goes:

Which I wish to remark,
And my language is plain,
That for ways that are dark
And for tricks that are vain,
The heathen Chinee is peculiar,
Which the same I would rise to explain.

(The couplet “That for ways that are dark and for tricks that are vain” is still occasionally used as an old-fashioned Halloween greeting in parts of the U.S.)

Before we discuss the book, some further background. Ways That Are Dark was a huge bestseller during the 1930s and highly influential; a fact which makes it all the more astonishing that this book has been largely forgotten today. Townsend was actually arrested by Franklin Roosevelt during the Second World War as the book – and his subsequent writing – was seen to be promoting Japanese interests against those of America’s ally, China.Those wishing to read a copy of Ways That Are Dark today can only search on the internet for a scratchy PDF version or hunt down one of the reprints. It is interesting to note that it was republished by the White Supremacist publishing group Barnes Review in 1997 and was translated into Japanese in 2004.

Let’s get this out of the way: by today’s standards this is a racist book. The basic premise of the book is that the root of all of China’s problems are the “fundamental defects in the ethnic characteristics of the Chinese people”.

Is it a racist book? Yes.

Should that stop you reading the book? No.

To be frank, Ways That Are Dark is the most astonishing book on the Chinese people I have ever read.

When he is not writing intense descriptions of the poverty of the Chinese – “Chinese coolies never show any hesitation in putting their filthy hands on you” is one memorable segment – Townsend actually writes very well as most educated people did back in the thirties. Not only is it beautifully written (even when being shockingly cruel), but it is the most accurate snapshot you could hope to read about Western sensibilities in the 1930s and how China was. Depending on your opinion of China, you will either nod your head throughout the book and think absolutely nothing has changed, or you will shake your head in despair at Townsend’s prejudices.

Here is Townsend on what he sees as the most enduring characteristic of the Chinese:

If a jury of the most experienced Americans or Englishmen in China today were asked to name the most prominent characteristic in the Chinese mentality as opposed to our own, I think most if not all of them would unhesitatingly answer, “lying.”

And here he is on the government of the day that could almost be a verdict on the CCP:

It has been pointed out in preceding chapters that contrary to the current American conception, the Chinese leaders do not impress anyone as struggling against the illiteracy of the masses. The thing is the other way around, with the illiterate masses struggling – for survival – against the terrible tyranny and crushing oppression of their leaders. Not anxious for strife and content to plow their small farms, the majority of the common people would be better off without leaders than with the ones they have. Certainly it is twaddle to maintain that more education would ease the woes of China while the prime tyrants in the country are those of relatively superior educational advantages. If there were the faintest pretense of the educated group making a decent stand against the foremost ills of China, the matter would have a different complexion.

This is not an easy book to read, but I urge you all to do so. For me, one of the most surprising parts is when in later chapters the author begins to focus on the careers of Westerners who have made China their home. It is depressing reading. He regales with anecdote after anecdote of Western diplomats who thought they had meaningful conversations with their Chinese counterparts only for it to progress nowhere in an endless spiral of time-wasting and corruption. He lists accounts of his friends in commerce who launch into joint ventures and subsequently lose everything when the government cheats them and steals their business. Sometimes the reader has to wonder whether the author is describing 1933 or 2016. It also makes the reader wonder whether some of today’s problems would still exist with or without the CCP. 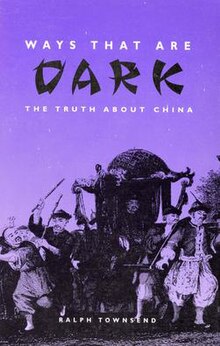 Yet the most poignant part of the book is when he describes the failed lives of those Westerners with little money and few connections, the ones who found themselves trapped in China with nothing but shattered dreams to show for it. Westerners who tried to change China, but ended up being broken by it. This is how he describes the lives of many missionaries before the war:

A woman medical missionary, ice-bound off Taku Bar in a small coasting vessel, discussed this question with great frankness….’I am going home, at the age of sixty-two, a disappointed woman.’ So ran her story. ‘For thirty-four years I have served the Chinese people as a medical missionary in a remote interior province. Even during the Boxer days I did not leave my small hospital. Evangelization work was not in my line, but for more than three decades I have worked at healing the sick, and at teaching the Chinese how to live in a measure of sanitary decency.

Today, at sixty-two, I find that I have wasted my life. I might have stayed in America, married, borne several children, and have succored the poor in our own tenement districts. That would have been a useful career…It is a rather bitter thing to go home convinced that my years of service here were useless and unappreciated. But I can be useful from now until the day I die, for I shall spend the rest of my years trying to persuade young folks at home that it would be folly for them to come to China as missionaries.

Upon finishing Ways That Are Dark I was almost breathless at the relentless intensity of the book. Townsend never slows down in his endless criticism of China, but it is the depth of his criticism – getting deep down into the psyche of the Chinese as he saw it – that will send thrills or chills down the reader’s spine according to where their sympathy lies. The closest comparison I can articulate about this book would be to imagine if H.P. Lovecraft wrote a polemic against an entire nation. There is almost something of the horror story in his descriptions of what he found in darkest China.

In many ways I wish that my younger self could have read a copy of this book before he set off for China as a young man. However, I don’t think anybody can appreciate this book until they have actually lived and worked in China for a number of years.

I will conclude with one of the darker passages from Ways That Are Dark. For a China Watcher like myself who has mixed emotions about the country he once held a passion for – a passion that later grew into cynicism and bitterness – this paragraph contains all the feeling of exasperation I’m sure many a China expat has experienced at some point.

A people who show surprising sensitivity of feeling and at the same time appall us with their seeming crudity of instinct, accomplished in craftmanship yet living ever in houses falling to pieces, alert in business yet unable to make a success of large business themselves, quoting proverbs about truth in every breath and not to be believed in anything, always exasperating us and then mollifying our exasperation with a talent all their own, always busy and never getting anything done – four hundred million of them, upon a background of green paddies seen through slow rain, swirling yellow rivers with bobbing junks and rattan sails, above and through all the smell of a damp moldiness amid spiced cooking – that is China and the Chinese.

Note: In a stunning coincidence, there is actually a SECOND old and forgotten book about China called Ways That Are Dark. This one however is a guide to Chinese etiquette and is another wonderful read.

This review was originally published on the blog I am Meursault.