Taiwan’s greatest sports story occurred during the Japanese colonial period (1895–1945). The Kano baseball team, a ragtag band of players from a two-bit school in a backwater city, defied the odds to reach the final of the 1931 Koshien High School Baseball Tournament in Osaka. The team came from a low-status vocational school without a baseball pedigree and had an unusual tri-ethnic composition – Japanese, Aborigines, and Han Taiwanese. A new Japanese coach took this lowly side and whipped them into champions. The Kano team didn’t win the tournament but that was okay.

That Taiwan’s most beloved sporting achievement was not even a victory – just to reach the final itself a victory – shows the prestige of the Koshien tournament, then and now. It’s the stuff dreams are made of. And, yes, it’s a high school contest, which makes comprehending its status rather difficult. American academic Andrew Morris has described the Koshien “as a cross between the Super Bowl, NCAA ‘March Madness,’ and American Idol in its centrality to Japanese popular culture.” 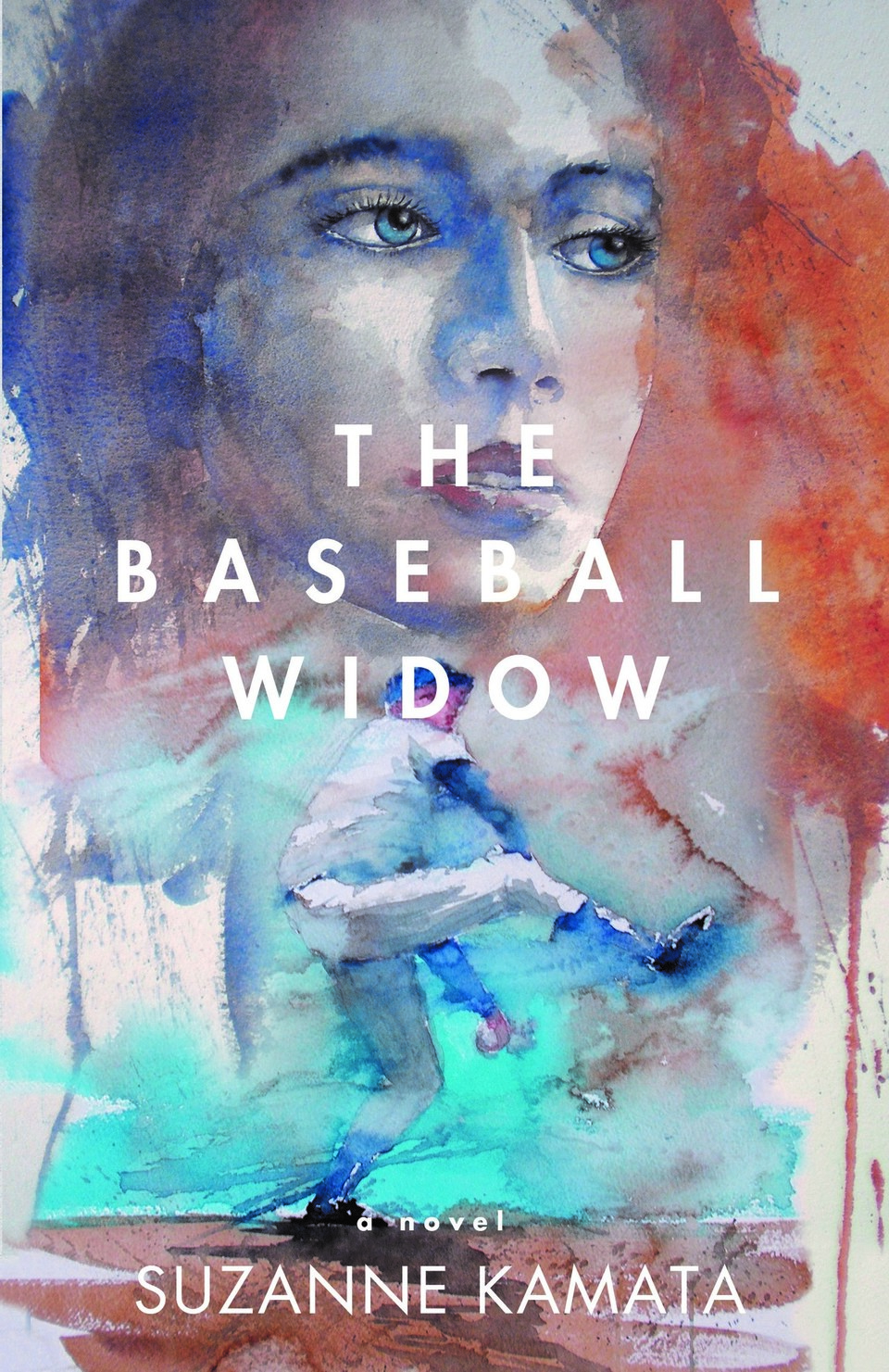 In Suzanne Kamata’s excellent The Baseball Widow, American Christine is married to high school baseball coach Hideki Yamada, who, like the coach in Kano, takes on the Herculean task of building up a team in a small city, in this case, Tokushima on the island of Shikoku. The Tokushima Indigo Socks go from strength to strength and getting to Koshien seems within reach.

Despite Hideki’s determination to that end, he is not a baseball win-at-all-costs fanatic. He wants his players to enjoy baseball. He himself suffered from the do-or-die approach, his own brush with baseball stardom cut short by overpitching and damaging his throwing arm. Hideki has an especially deep affection for his team because he has built it up from scratch.

Through the window he could see some of his guys rolling in on their one-speed bicycles, their figures murky in the dawn. He felt a stab of tenderness for them. These were the boys who’d stuck by him week after week, month after month, while they lost to larger, more experienced teams. The diehards, who’d out-lasted the fifteen or twenty kids who’d almost immediately dropped out. The pioneers.

The long hours that Hideki puts in for his team leaves little time on the home front. His wife, Christine, has to take care of their two young children. There’s daughter Emma, six, who is deaf, has cerebral palsy and needs to use a wheelchair, and there’s Koji, a timid five-year-old boy who has just started school. Koji is the subject of bullying by his classmates, which Christine suspects is because of him being biracial.

“Why does baseball have to be so time-consuming?” Christine had asked several months earlier as he dragged in after dark. “In the United States, it’s a summer sport, so why does it have to take up the whole year here?”

Christine feels isolated and frustrated. As a foreigner in Japan, she has gone through different waves of foreign friendships, from young globe-trotting English teachers to Japanophiles, all moved on. “And now her mom friends were leaving. … Christine would have to make friends all over again.”

Her Japanese social network is not as wide as it could be. Husband Hideki thinks she alienates people by being too strident and bristling at certain words like “handicapped” or “hafu,” even when used in a positive context. To the tiresomely predictable but well-meaning compliment, “Hafu babies are so cute,” she will correct the speaker with “Double, not half.”

Christine tries to fit in with fellow school mothers by taking part in activities, but this can be challenging, the activities sometimes rather pointless and done with a suffocating seriousness; many readers will feel her pain in a scene when she joins a group of mothers making costumes for young kids. She’s sewing when a mother says, “Oh, this stitch is too big,” and begins to tear it out.

Christine wanted to roll her eyes. Who cared if one teeny tiny stitch was not exactly the same as the others? Wouldn’t this time be better spent studying sign language or lobbying for an elevator? (There were several students, including Emma, who couldn’t walk, but the three-story school didn’t have any ramps or elevators.) She could already tell that this was going to be a week-long project. They would spend more time making the name tags than the children would wearing them.

The Baseball Widow moves effortlessly between short chapters titled with the character viewpoint given in the chapter (in third person). In addition to couple Christine and Hideki, there’s a third main character: Daisuke, a star batter on Hideki’s team. He’s Japanese but has spent time living in Atlanta and is still readjusting to Japanese ways, such as how baseball is played.

The game was called. Final score: 9-1. The siren sounded again and both teams lined up to bow. The guys from Ikeda were wiping at their eyes and noses. Daisuke had almost forgotten about the crying. In America, if you cried after losing a game, you were a total wuss. In Japan, crying after a loss was almost required. If you didn’t show some emotion, everyone would doubt your sincerity.

Another difference is the bunt. “In the States, no one cared about the bunt. … But he knew enough about Japanese baseball to understand that humility, embodied by the sacrifice bunt, was valued here.”

Daisuke falls in love with a classmate, Nana, who has a troubled home life and family background. Readers not familiar with Japan may be surprised to learn of the feudal legacy seen in prejudice against the burakumin, the descendants of a “tainted” class of workers such as tanners, undertakers, and butchers.

Although the novel features young children and teenagers, with Japan being the world’s most aged society it’s hard for any contemporary novel set there to ignore the elderly. Greying Japan features in The Baseball Widow in several ways; firstly, Hideki as the only son has responsibilities to his parents (which means he and Christine can’t move back to the States). Secondly, there’s Daisuke’s grandmother, who is losing her mental faculties. Sad, of course, but I couldn’t help but laugh at her odd Marilyn Monroe obsession and also her new companion – a robot seal. Both these things converge in the following scene.

Clearly, a robot seal was a stop-gap measure, something that might slow down her mother’s dementia, if they were lucky. But Nahoko suspected it was too late.

“Do you want to give it a name?” Nahoko asked.

Her mother clasped her hands together, suddenly girlish. “I think I’ll call her Mon-chan,” she said. “After Marilyn Monroe.”

All the domestic drama and personal tensions build as the march to the Koshien tournament reaches its climax. I would have preferred slightly happier endings, but leaving some threads unresolved is in keeping with the novel’s authentic feel. The Baseball Widow has a remarkable fly-on-the-wall quality to it, the believable characters and situations giving us an intimate slice of life in contemporary Japan. This authenticity comes from writing skill in painting the scenes and choosing what is said and unsaid. It also comes from the author drawing on her own vast experience. It’s not a surprise to find on reading the author’s bio that so much of it overlaps with the novel.

Suzanne Kamata, originally from Michigan and later South Carolina, lives in Tokushima, Shikoku. She went to Japan in 1988 to teach English on the JET Program. She fell in love…. and is still there, teaching at a university and writing. Her husband is a Japanese high school teacher (physical education and later special needs) and, yes, a baseball coach. They’ve raised two children, including a daughter, who, like Emma in the novel, was born with cerebral palsy and is hearing impaired.

The Baseball Widow was published by ‎Wyatt-MacKenzie Publishing, an independent press based in Oregon. It’s available at Amazon.com and other retailers.

To learn more about the author and her work, visit www.suzannekamata.com