Xi Jinping: The Most Powerful Man in the World • Stefan Aust and Adrian Geiges

Home/Reviews/Xi Jinping: The Most Powerful Man in the World • Stefan Aust and Adrian Geiges
Previous Next

Xi Jinping: The Most Powerful Man in the World • Stefan Aust and Adrian Geiges

Stefan Aust and Adrian Geiges – long-time China watchers and prolific authors – seek to lay out the facts about Xi Jinping without prejudice and bombast. And they succeed. Some might say the subtitle itself, “The Most Powerful Man in the World,” is bombastic. It’s not. It happens to be true and prompts a useful tallying of Xi’s power compared to that wielded by the U.S. president.

The first chapter is on Covid-19, which makes sense, but I’m rather burned out from living through it (we’re still wearing masks here in Taiwan, even outside) and I suspect other readers might find themselves skimming over it too. We are, however, introduced to high-profile artist and activist Ai Wewiei, who the authors visited in England in 2020. They quote from Ai Weiwei throughout the book, and to good effect, as he offers some useful insights into the character of the elusive Xi.

In the riveting second chapter, “Xi Jinping’s Family Background: The Formative Years,” we learn that Ai Weiwei is of the same generation (four years younger than Xi) and they have some shared history. Xi Zhongxun (Xi Jinping’s father) and poet Ai Qing (Ai Weiwei’s father) had CCP credentials stretching back to the 1930s. They were both at the remote communist base of Yan’an, home to Mao Zedong, Deng Xiaoping, Zhou Enlai, and other leading figures. In fact, Xi Senior had reached Yan’an as one of the men of the fabled Long March of 1934-35. 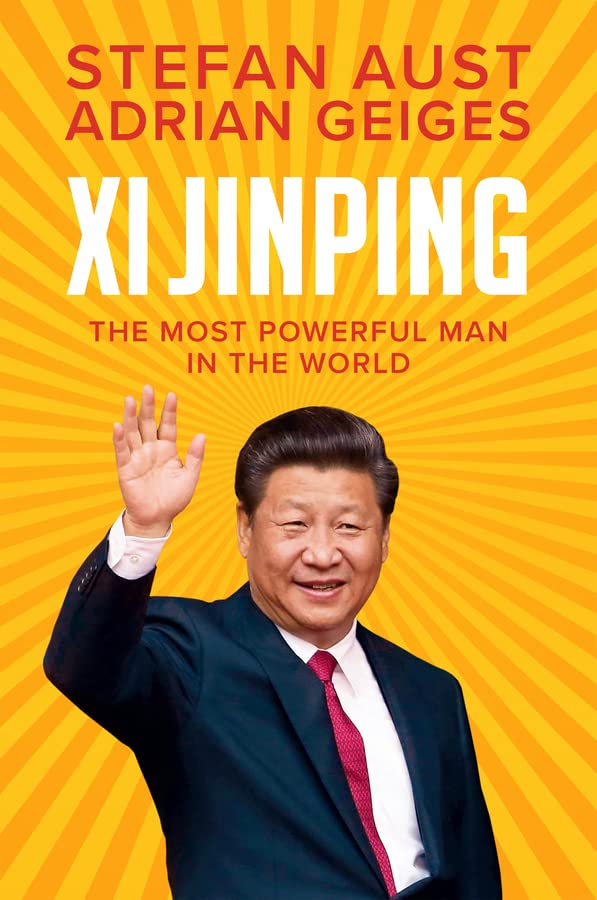 Xi Jinping was born on 15 June 1953 in Beijing. In 1962 when he was just nine years old, his father – then a top official – was arrested and imprisoned. And the reason? Well, in the PRC there didn’t – and still doesn’t – need to be a logical reason for persecution other than a political purge. “Xi’s father was the victim of an ideological purge within the Communist Party. At the centre of the rift was something so trivial as to reveal the absurdity of Stalinist-type systems. It all began because of the novel.” This novel praised a revolutionary hero who had died in 1936 fighting the KMT; too much praise apparently, and insufficient adulation of Mao. For the Great Helmsman it was a clear case of using literature to attack the party, a conspiracy, and Xi Zhongxun, who had given permission for the novel to be published was fingered as responsible.

Of course, we are interested in the dad as it relates to the boy. The authors write, “One might have thought that a nine-year-old who saw his father arrested would come to hate the state.” Indeed, even more so later during the Cultural Revolution when his father was so brutally beaten that he almost died, or when his mother was targeted, or his half-sister so badly persecuted that she took her life. Or Xi’s own persecution. As a young teenager, he was arrested and locked up for days with nothing to eat.

Xi Jinping rarely talks about this time, but in an interview for a Chinese journal in 2000 he said: “The Red Guards told me a hundred times that they were going to shoot me. They threatened to execute me, and then I had to recite Mao quotations from dawn to dusk.”

Xi was a survivor, striving to be redder than red. Sent, as so many urban youths were, to the countryside to learn from the peasants, Xi eventually thrived in his new life in backwater Shaanxi Province. He tried time and again for Communist Party membership, rejected no doubt because of his father’s disgraced status, but on the tenth attempt in 1973 he was finally accepted.

“When I went to the countryside as a fifteen-year-old, I was frightened and distraught. When I returned at twenty-two, I had a clear idea of what I wanted to achieve and was full of self-confidence.”

Xi Jinping: The Most Powerful Man in the World has excellent stories of the important steps along Xi’s journey to power: his troubled childhood, his rural years, his first work assignments, his first short-lived marriage (“Xi’s first marriage is almost a state secret in China, and most people do not know about it.”), his second marriage to a famous singer, and his fast rise to power as general secretary of the Communist Party of China in 2012 at the relatively young age of 59.

He became the deputy mayor of the Fujianese city of Xiamen, one of the first cities in China to open up, and was there for its boom on the back of Taiwanese investment. Xi served in Fujian Province from 1985 to 2002. Being across the Strait from Taiwan and dealing with so many Taiwanese apparently didn’t give him any warm feelings toward the country, other than wanting to possess it:

According to Ai Weiwei’s contacts in Beijing, the main reason that Xi removed the limitation on his time in office was his desire to ‘liberate’ Taiwan. Ai remembered: ‘Every year Premier Zhou Enlai in the last sentence of his congressional speech said: “For sure we have to liberate Taiwan.”’ Xi intends to make good on that promise. Zhou’s statement recalls the Roman statesman Cato the Elder, who ended his senate speeches, regardless of the topic, by declaring: ‘Ceterum censeo Carthaginem esse delendam.’ (‘Furthermore, I consider that Carthage must be destroyed.’)

The authors have covered China for decades and they bring a great depth of knowledge to the book. It gives the current situation in China useful points of comparison when describing the intensity of nationalism, or the accessibility of leaders. In a remarkable passage, the authors recount a 2002 interview with then-CCP general secretary Jiang Zemin, speaking in German with them, complimenting Germany and German philosophy and being frank about China’s problems and the limitations of Marxism. Jiang was no dove, of course; the brutal crackdown on Falun Gong, for example, was on his watch, but this was remarkable access. In contrast, Xi has constructed a cult and been elevated to a godlike position. Not surprisingly, the authors didn’t get to speak to the man himself, or to those around him. It’s a frustrating limitation for would-be Xi biographers. The book is based on Xi’s speeches, biographical sources, his political activities and the authors’ own interviews and reports.

A strength of Xi Jinping is its freshness in coming from a German perspective. We don’t get reheated histories and anecdotes of the US–PRC relationship which we’ve all read a few times before. The German angle can sometimes be something as simple as a comparison:

Changing regulations and design indecisions meant that the Berlin Brandenburg airport took fourteen years to complete – just in time for the emergence of the pandemic, when most planes were grounded. In comparison, Beijing’s significantly larger Daxing mega-airport was completed in four years.

Despite the authors’ decades’-long experience, this is a very up-to-date look at China – we learn about Xinjiang, Hong Kong, the Belt and Road Initiative, and the exporting of the “Chinese Dream.” As for the future, it’s likely to be more of the same, and with “leader for life” Xi at the steering wheel. It’s not a pleasant thought, because this ruthless, hard-working man is a true communist. Xi is no Gorbachev looking to reform communism, nor a figure like former Taiwan president Lee Teng-hui bidding his time – almost like a sleeper agent – until he could chart a new course for the country. The obvious comparison for Xi is with Mao (there are points for and against) but another is Stalin (and the book examines this).

Xi Jinping: The Most Powerful Man in the World is one of the best China books of the year. It gives a great overview of modern China and as close a look at Xi as we can get. It’s sprinkled with some lovely little gems which stick in the memory, such as the unlikely connection between the Dalai Lama and Xi’s father.

The book was originally published in German. The English edition was translated by Daniel Steuer and is published by Polity Press.