How best to capture in print the madness of the Great Leap Forward and the Cultural Revolution? Should a writer focus on a village, or zoom in on an individual’s plight? How about a multi-generation family saga for an epic sweep? Perhaps a detached analytical approach drawing heavily on statistics and official documents would have more impact. Or maybe an author could use fart jokes. 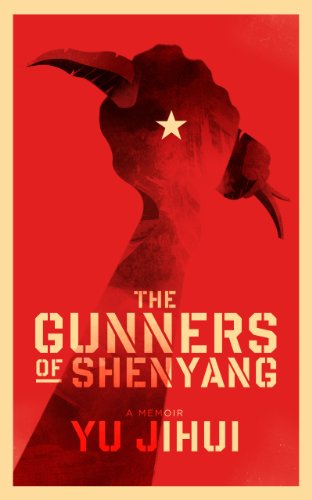 The Gunners of Shenyang describes the author’s time at a university in the northeastern city of Shenyang in the years between the Great Leap Forward and the Cultural Revolution. In 1962 he secured a place in the foreign languages department at a teachers’ college. In the summer months before his first semester, he stayed with a relative with contacts in a tofu factory. This meant access to tofu dregs, upon which he satiated his pent-up hunger.

Although bean-curd dregs satisfied my stomach, they also caused some troubles. Strange intestinal air currents would rumble for a second and then move along my bowels and find their way out of my backside with a hearty explosion. Given that I was eating at least one large bowl of bean-curd dregs at each meal, my rear end was busy exploding from morning to night. These farts were loud enough to cause agitation amongst nearby groups of people. I had to be alert when a fart was on its way and allow it to emerge only at small intervals. When no one was around I would fart as loud as I could, and the louder I farted the more comfortable my belly would feel. I worked hard to maximize my farts and give them full voice. I quickly became addicted to farting and developed a terrible habit: when I was nervous, when I was scared, or when I was angry, I would fart before I could stop it.

And so Yu Jihui and his flatulence headed to college. Soapy (as he was soon nicknamed) shared a dormitory room with four classmates, three of whom were fellow chronic farters. There was Chou, who credited “wild herbs” for his farting prowess: “During the three years of the Great Famine our village was reduced to eating wild herbs. They have extraordinary power to stroke the big guns.” There was “Donkey” from Inner Mongolia; his intestinal turbulence was a legacy of eating stolen horse food during the Great Famine. Big Zhang, the other farter, was the oldest of the students; tall, strong, and rebellious, and always getting into trouble for refusing to bow to political indoctrination, it his story that drives much of the plot of the book. The lone non-farter was a straight-laced model communist student and a snitch.

The author and his roommates had farting competitions, unleashing nightly barrages of machine-gun fire, artillery bursts, and nuclear explosions, which is where the “gunners” of the title comes from. The food served up at the school provided them with ample ammunition. Corn buns made from old barely edible corn flour were a staple at the canteen and “were an effective food for flatulence, far more potent than bean-curd dregs.” After hours of suppression in the classroom, the students couldn’t hold back in the dormitory:

Night after night we would battle together, vying for leadership in the big-gun race. I gained great satisfaction from these contests, not only because of the sheer relief from the tension of remaining quiet in the classroom but because of something else: a smouldering anger.

That short passage captures the essence of the book: funny schoolboy humour with a dark, angry edge. In 1957 “as a result of a careless remark” the author’s father, a senior engineer at a factory, was denounced as a “bourgeois intellectual with serious political and ideological problems” and exiled to Qinghai province in the far west. During the ensuing years of man-made famine, like so many other millions in the country, he became severely malnourished and his health deteriorated. He passed away two months before Yu Jihui graduated from high school. In many ways, the book – though not about the author’s father – is a tribute to him.

The Gunners of Shenyang recounts the insanity and cruelty of the Mao years by highlighting the farcical elements. Unfortunately, we don’t feel the full impact of the insanity because the book is not a straight non-fiction memoir. The characters and plot episodes are largely based on true events and people, but as a reader, I always feel cheated not knowing who is a real person and who is a composite character and what really happened.

Although flawed, Gunners is wonderfully original. Hong Kong-based writer Nury Vittachi has a spot-on description of the book as being “like Wild Swans meeting Three Idiots: a book that probably shouldn’t be funny but is.”

Yu Jihui has written a sequel to Gunners called A Stinking Old Ninth, for which I understand he is seeking a publisher. (The title comes from the Mao-era categorization of enemies, the so-called “Nine Black Categories” of landlords, rich farmers, spies, capitalist roaders and so on, with the ninth being intellectuals). I’ve read the manuscript, and to call it rough would be a huge understatement. Like Gunners, it’s a fun read, but lighter, this time focusing on Soapy’s quest for romance during the Cultural Revolution. Getting it into shape would require a lot of time, which highlights the fantastic job publisher Marshall Moore and his editors did with Gunners.

The Gunners of Shenyang is published by Signal 8 Press.

Bookish Asia has a review of another Signal 8 Press book, the collection How Does One Dress to Buy Dragonfruit? and an interview with Chris Tharp, author of Signal 8 Press’ Dispatches from the Peninsula: Six Years in South Korea.

The Gunners of Shenyang can be purchased from Amazon.com and other retailers.