Once a platform for many a fine author – Edgar Allan Poe, HP Lovecraft, HG Wells … hell, even Charles Dickens – the short story has long fallen out of favour. Nineteenth century authors looking to establish themselves would submit their short stories or serialized novel to magazines and journals. It is easy to forget that one of the greatest literary creations of all time – Sherlock Holmes – was a regular appearance in short story form within the pages of The Strand Magazine; only four novel-length Sherlock stories were ever written.

Readers in the Victorian and Edwardian eras wanted short stories that they could follow over time and discuss with friends – they were the fin de siècle equivalent of devouring a HBO series box-set and dissecting it over the water cooler with colleagues. This trend continued during the 1930s to the 1950s with the rise of science fiction magazines, which featured legends like HP Lovecraft and Raymond Bradbury.

The arrival of television, however, all but killed off the weekly and monthly literary journals. Today, there seems to be little demand for short stories, and the big publishing houses won’t touch them unless you are an established name like Neil Gaiman. I think this is a terrible shame; some of the best books I have ever read have been collections of short stories.

This brings me onto Isham Cook and his collection entitled The Exact Unknown. Isham Cook is a mysterious figure (yes, that’s a penname) who has been writing about China and other interests for quite some time. In his photograph on his Amazon Author Page, he appears like Marlon Brando in Apocalypse Now, emerging from the shadows to tell us about “The horror, the horror” of the lives we lead. 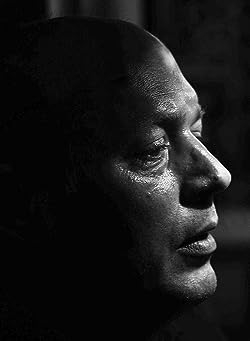 Cook does not like the term “short story.” In the superbly written introduction (don’t skip it) to The Exact Unknown, he reveals his distaste for the term and explains why he prefers the word “tale.”

I adopt the word tale rather than the short story as my literary medium for a number of reasons. Words undergo semantic change. The “short story” means something quite different to younger people these days than it does to the dwindling genteel readership familiar with the term that is now dying off and will be replaced in due time. The younger generation is liable to think short story is a short news story. The distinction between fiction and nonfiction too is blurring, increasingly tripping up even well known writers, who confuse rhetoric with veracity when it’s all rhetoric anyway and are then accused of plagiarism.

This collection of tales is a fun and breezy read; the tales are normally no more than eight or ten pages in length, though there are a handful of exceptions. You could quite happily read one or two on your daily commute (my Kindle is stacked with short stories for this very purpose).

True to his introductory words, the tales seem to blend fiction and non-fiction. Some are told in the third-person, others in the first-person, which seem to draw on elements of the author’s own personal experiences of life and love in China. And there is a lot of life and love in this book.

Cook does not shy away from writing about somewhat taboo subjects like sex and prostitution. I have never met the author, but I would guess that he is your classic open-minded liberal of the 1960s and 70s. To Cook, as long as nobody is getting hurt then adults are adult enough to make their own choices in life and have the liberty to pursue their desires. This attitude seems to be on the wane as today’s liberals become even more puritan in sexual matters than the traditional establishment that they replaced. It is refreshing to read Cook’s honesty and openness when it comes to matters of the bedroom. Others will of course disagree. As Cook himself points out, any writer describing situations where foreign men and Chinese women have sexual relations is opening himself up to an avalanche of criticism from many different angles. 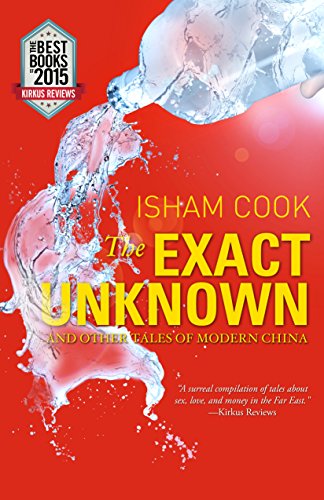 I thoroughly enjoyed the twenty tales contained within The Exact Unknown. Cook writes well and cleanly. I would guess that he is a Professor of English or some such equivalent as his grammatical structures and story arcs are all well crafted. Many of the tales feature sex and sexual relations between Chinese girls and their English teachers. One of my few complaints of this book is the similar backgrounds of the protagonists; the figure of the wandering English Professor on the Chinese campus does get a little repetitive.

There are some gems within this collection and Cook mixes up the narrative styles just enough to keep it interesting. He obviously prefers writing dialogue as many of the tales are dialogue heavy, but when he does describe the world around his characters, he does it with an eye for accuracy and the interesting detail. For example, here is Cook on those angry individuals often encountered on public transportation:

There are those who congregate at the subway door even when there are few passengers and there is ample room in the car. Some do this heedlessly, but I have noticed more and more of the angry doing this on purpose. So with some passengers blocking the entrance because they need to get off soon, others doing so absentmindedly, and still others doing so deliberately, it can be quite an ordeal nowadays to get on, and not just during rush hour. The curious thing is that most are barely aware of your exertions in pushing past them and no feathers get ruffled, though caution is advised when forcing yourself past the angry.

One sympathizes with their need to maintain a veneer of dignity and their poignant desire, in the absence of any actual power in their life, to command a small patch of territory. It’s more difficult to do this out on the street than down in the subway, where by blocking the door they can control and regulate the flow people on and off the train. They remind me of those quixotic homeboys in imaginary bearskins and epaulets stationed at elevators in Chicago housing projects, deciding who can enter or not and exacting fees at will. Still, force yourself on you must, not that one wants to cross them, as difficult as they’re going to make it for you.

As well as sex, the other dominant theme within The Exact Unknown is the blurring between fiction and reality. Cook believes that the best stories are deliberately vague on what is real or not. I tend to agree. My favourite tales within the book were those that featured a situation where it was difficult to distinguish who was telling the truth or who was playing whom. A tale about customers getting cheated at Beijing Zoo’s Clothing Market leaves us unsure who exactly was the one doing the cheating. A casual affair with a student may or may not have been recorded. A one-night stand with a Shandong woman raises questions on whether the expat narrator was really the one doing the game-playing. Anybody who has lived in China – that land of endless ambiguity – will appreciate the infinite shades of grey with which Isham paints his tales.

Not every story is a winner – a couple seem a little rushed in their conclusion and I was left wondering if there was more of the story to come later in the book. The main culprits for this flaw are Let the Sunshine In and The Hickey. Both feature incidents that occur during the courtship of an American teacher and his young student, though I felt they left the reader hanging at the end. The final tale in the collection, Injaculation – a bizarre tale featuring temple gods and what I assumed to be tantric fertility rites – left me completely baffled.

However, apart from one or two stumbles, I enjoyed every minute of The Exact Unknown and I take my hat off to Isham Cook. Not many authors – certainly not those with an eye to future publication from a HarperCollins or a Penguin or those who concern themselves overly with how they are perceived by the public – write with such truth, wit and honesty, especially when it comes to writing about China. To quote Cook’s introduction again: “Literature on China as well is bounded by the parameters of the tragic and the exotic and the sentimental in between, packaging a people as likeable as us if not quite like us.” Finally, with The Exact Unknown there is a voice outside the stereotypes.

The Exact Unknown (and his other works are available on Amazon.

(This is a slightly abridged version of a review that first appeared on Arthur Meursault’s blog.