It’s easy to forget how overwhelming the first days of your new life in Asia can be; the crushing language barrier makes simple things like ordering a meal an ordeal; learning to navigate the public transportation system happens one mistake at a time; and that “easy to find” job can prove elusive. Holed up in a shabby hostel, you count your rapidly shrinking finances and ask yourself, “God, what have I done?”

The disorientation and stress of immersion is perfectly captured in Ken Berglund’s An American Teacher in Taiwan. The book describes his 4.5 years on the island from 2004 to 2008, giving greatest coverage to the intense early period. Chapters are arranged in two streams, alternating between the chronological story and short articles of various facets about life in Taiwan. 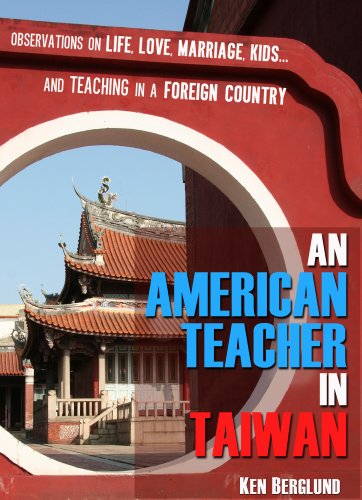 With admirable honesty – indeed, if you had to choose one word to describe the book, it would be “honest” – Berglund describes why he moved to Taiwan:

I had a life that was going nowhere. I had just gotten divorced from my first wife, Amber, and I was working for a health insurance company called SCAN (or as the employees called it, SCAM). Working for SCAN was a truly soul-draining experience.

A friend with Taiwan experience kept telling Berglund that he should teach English there. The author studied a rather worthless distance teaching course (which gave him a certificate though not a single hour’s experience of real teaching) and he managed to convince a friend, David, “whose life was actually a lot worse” than his, to go with him. Berglund arrived in Taipei without a job lined up and just two thousand dollars. He and David stayed at the Happy Family Hostel (“a piece of shit”). Lying in his bottom bunk bed he recalls staring up at the wood board under the top bed; messages were scrawled on it, one of which stood out: “It has come to this.”

The first two days in Taipei were especially difficult. On the first day they were looking for an American-style restaurant and ended up in a place called “BBQ Party,” (perhaps not the best choice seeing as David is a vegetarian, but they were footsore and hungry). Not only were they surprised that they had to grill the food by themselves, but also by the huge quantity of food they had mistakenly ordered. Enormous plate after enormous plate of meat, seafood, and vegetables were brought out to the bewildered newbies. Completely vanquished, still more plates of food came, and they had to wave them away:

At this point I tell David “You know, this is the kind of place that Amber

[Berglund’s ex-wife] would have loved.” He agreed with me and we both laughed. Amber was the kind of woman who enjoyed eating a pound of bacon in one sitting, so I think BBQ Party and Amber would have been a match made in heaven.

I love the line: “the kind of woman who enjoyed eating a pound of bacon in one sitting.” Good Lord, you could start a book with a line like that.

On Day Two the Americans were shaken down at a hostess bar: “For the second day in a row, we had spent a fortune and made ourselves look like fools. If we kept having days like this, our money would be gone in about a week.”

English teaching jobs proved harder to come by than they had expected, and they soon gave up on the hope of finding work in Taipei. Through a recruiter, Berglund got a job in the small northern town of Toufen, but promptly lost the job when the school asked for a second demo. He eventually secured employment with Hess in the city of Hsinchu, and David ended up in a one-horse town called Lunbei in Yunlin County.

Berglund packed a lot into the years that followed. He found a girlfriend, who soon became a wife, and they had two kids. He’s very honest in relating everything, sometimes – for my tastes at least – oversharing the personal and trivial stuff (though there’s nothing sleazy). An American Teacher in Taiwan started life as a blog and it shows. The book is no writing master class, but it’s readable, the best of the Taiwan teaching memoirs, and any non-delusional expat reading it will nod, laugh or grimace in knowing agreement with most of what Berglund says. New arrivals will find it informative, fun, and encouraging. 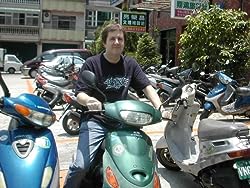 As I said, Berglund is very honest – about himself, other people, and assessments of various facets of Taiwan. On driving he says, “Taiwanese people have a reputation for being very friendly people. For the most part, it’s true, as long as you’re not on the road. On the road, they become an entirely different beast.” In an earlier section he quantifies it: “90% of Taiwanese drivers drive like total selfish assholes.” That’s true as a general point but overstated – the figure is more likely 80%.

The traffic might be crazy, but the good news is that white geeks can get laid.

On teaching, he says, “teaching kids in Taiwan is basically just glorified babysitting for 2 hours.” Berglund is critical of Hess and quit after being messed about. He moved to Taichung, where he worked for Kojen. He much preferred the freedom he had at Kojen, but admits that Hess helped give him a good foundation. “In a way, Hess prepared me for Kojen.”

On Taiwan as a travel destination: “For the last four years, I have invited people to come and visit us in Taiwan, but to this day no one has ever come.” He speculates that it’s because of the high cost of plane tickets and Taiwan not being particularly interesting for tourists.

In 2008 Berglund and his family moved to Austin, Texas. He chronicled this in two follow-up books, From Taiwan to Texas: Life in Mid-America and The Reluctant Austinite. He also wrote some fiction, and in a dream come true for every ESL teacher who has ever put pen to paper, had a massive bestseller. His horror Small Town Evil was an Amazon sensation, selling more than a quarter of a million copies! To my knowledge, that makes him the all-time most successful former Taiwan ESLer-turned-writer. 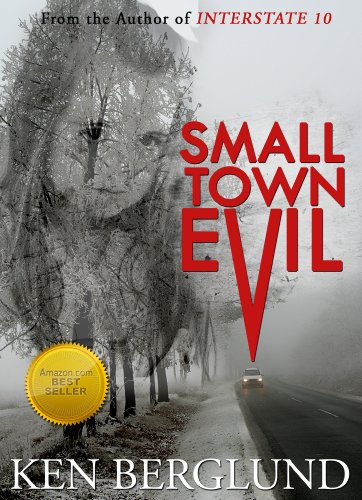