In this charming low-key romance between a young American woman archaeologist and a Japanese journalist, the Okinawan settings come to life as characters in their own right. There are the ruins of Katsuren Castle, giving the novel its title, and the remote island of Yonaguni, especially fascinating to a Taiwan resident. Fascinating but immensely frustrating, for Yonaguni Island lies only 68 miles off the east coast of Taiwan, and yet the lack of direct transportation makes getting there expensive and time-consuming. 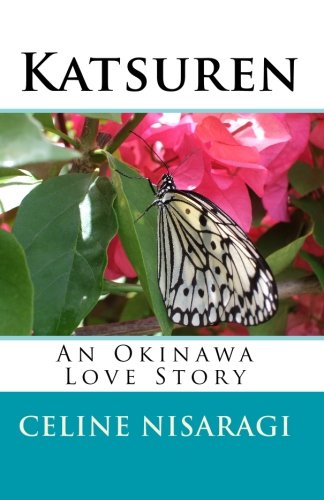 Yonaguni Island, 27 square kilometres and with a population of two thousand, is known for its marlin fishing, hammerhead sharks, an endemic breed of small horse, and the enormous Yonaguni atlas moth. (If you’re wondering about the book cover, it shows a butterfly which Okinawans call the Granny Chaser). Above all, Yonaguni has become associated with mysterious underwater rock formations discovered in the late eighties and popularized a decade later, which a few maverick “historians” have hailed as evidence of a lost Asian continent of Atlantis. Most sober historians explain the seemingly artificial rock structures as the result of natural forces.

A story set amongst mysterious ruins and featuring an archaeologist as the main character might suggest a plot likely to stray into the realms of the fantastical. Thankfully, Katsuren stays fully grounded with a realistic, simple story, though one made more interesting by having dual viewpoints; the story is told in first person, two thirds of the chapters from the American Karen Holt, the other third from the Japanese journalist.

Karen, gutsy but occasionally awkward, arrives in Okinawa excited to be taking her “first steps as a bona fide archaeologist.” She has been invited there by a local foundation to do research on the old ruins of Katsuren Castle, in particular the stone walls fortifications. The castle was built in the thirteen century on a large hill overlooking the Pacific on the Katsuren Peninsula. Artefacts reflecting the Ryukyu Islands’ once important trade role in Asia continue to be found in the Katsuren Castle ruins, and just last year, four copper coins, dating back to the Roman Empire in the third to fourth centuries, were discovered. These are the first ancient Roman coins unearthed in Japan.

Karen first meets Yu Ganaha – a laidback 32-year-old journalist originally from Yonaguni – at Okinawa’s Naha airport. She’s picking him up on her way to see Dr. Tomori, the founder of a research institute. In an early scene, we find a hurried and flustered Karen waiting at the airport arrivals area.

I wanted to put the cardboard in front of my face to hide my make-up melt-down and frizzy hair, but it was too late. I’d no sooner taken the sign out of my bag than Mr. Ganaha was loping toward me, a friendly hand outstretched in greeting.

“Do your friends call you ‘Hey, Yu?’” my mouth said before my brain had a chance to check in.

“Why, oh why, could I not act and talk like a grown-up around grown-up men?” she chides herself. No harm done though as the two hit it off.

I smiled again. Yu Ganaha was turning into a likeable guy. Maybe it was his jeans and island shirt, his bare feet in well-worn sandals, and the fact that we were about the same age that made me think we could dispense with formalities like calling each other “Mr. Ganaha” and “Mrs. Holt”. I liked his looks and found myself watching his hands instead of the road. He was just like me – couldn’t talk without moving his hands. I thought he had eloquent hands,

The romance in Katsuren is light; more prologue than main act fireworks, with the story being the lead-up to realizations and decisions for the two major characters. It’s a feel-good story without villains, but with memorable minor characters such as Karen’s elderly driver Mr. Shiroma, and fisherman Kiichiro, a relative of Yu’s who is looking to play matchmaker and find a nice Yonaguni girl for the reporter.

Katsuren has great local colour, the accurate descriptions reflecting the author’s long acquaintance and deep knowledge of Okinawa and its people. Originally from New Jersey, she has spent most of her adult life in Japan, where she first arrived in 1972. We get the colours, sights, smells, and sounds of markets. “From a few stalls away, crispy lumps of fried dough were calling my name. Okinawa’s no-hole, brown sugar donuts!” We get accurate depictions of domestic Okinawan settings such as mealtimes, and as we pass through the countryside the author has commendable awareness of what is growing in the fields “lanes flanked by waving fronds of sugar cane” and gardens with “eggplant, tomatoes, peppers, and bitter melon – Mr. Shiroma called it goya – dangling from trellised vines.”

One missing aspect of Okinawan colour is the US military. The American military presence dominates both non-fiction and fiction set on the island, so it’s a welcome change to read a novel where it doesn’t play a role.

Katsuren was self-published in 2009 (with a second edition in 2010), and is available in paperback from Amazon.com and other retailers.